When hiking up a stream bed in Quebec north of Montreal we came across this sign – no words required. 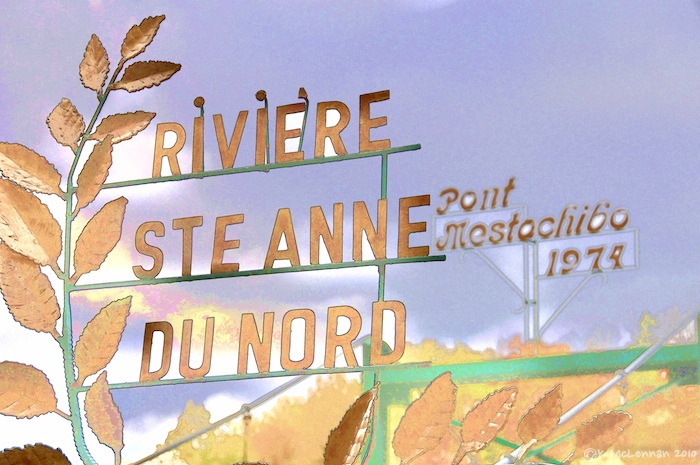 The Canyon on the Sainte-Anne River is just off highway 138 about 30 minutes east of Quebec City. We visited this beautiful place in October when the fall colours where coming to an end and the first snow had already started. This walk was part of an extended weekend trip to the Charlevoix region where we stayed at a rental house (chalet) on the side of the Massif overlooking the St Lawrence River far below.

This area was made accessible to the public in 1973 but has always been familiar to the natives of the region.  It has been painted by Krieghoff and written about by Thoreau, (Walden Pond etc) after a visit in the 1850’s. 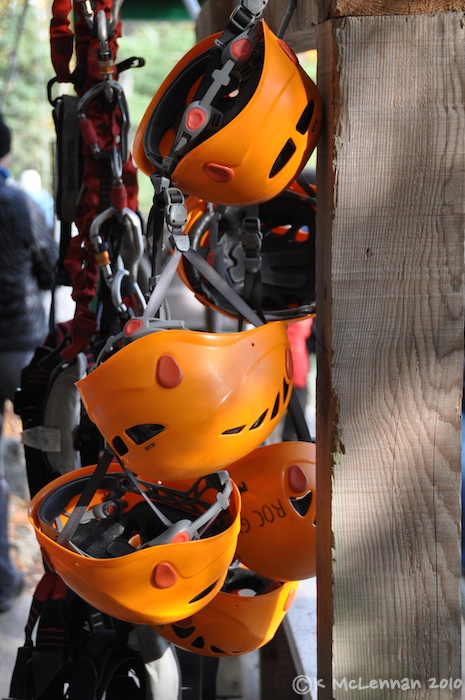 We were surprised to see people clinging to the rock walls of the canyon far below us. Using my telephoto lens I was able to pick them out and see that they were actually climbing via “ferrata” – the first one in Canada.

The warning sign at the top of the long stairway to the bottom of the canyon is accurate! 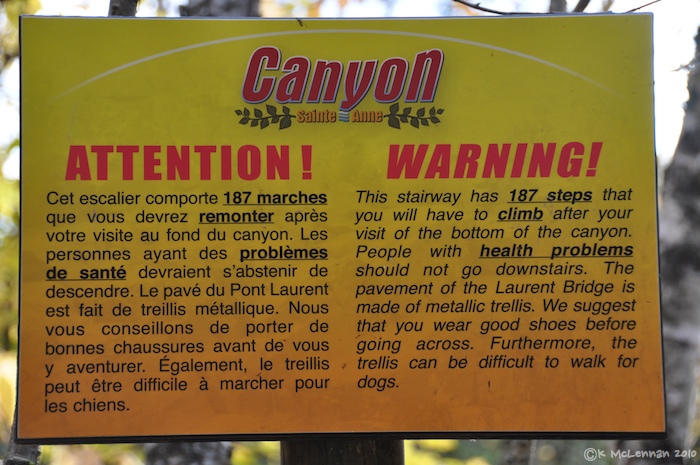 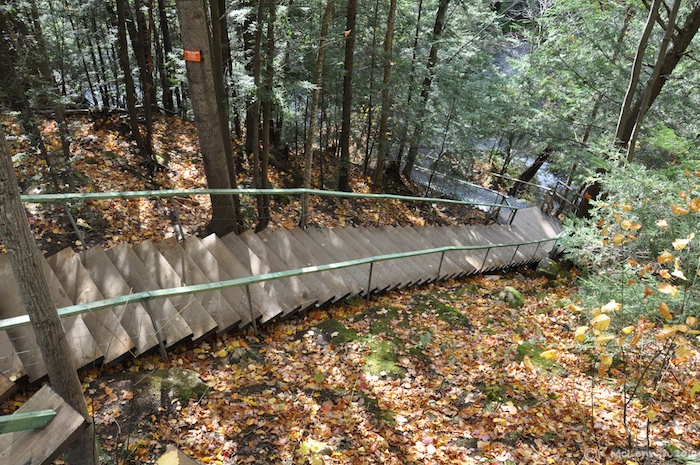 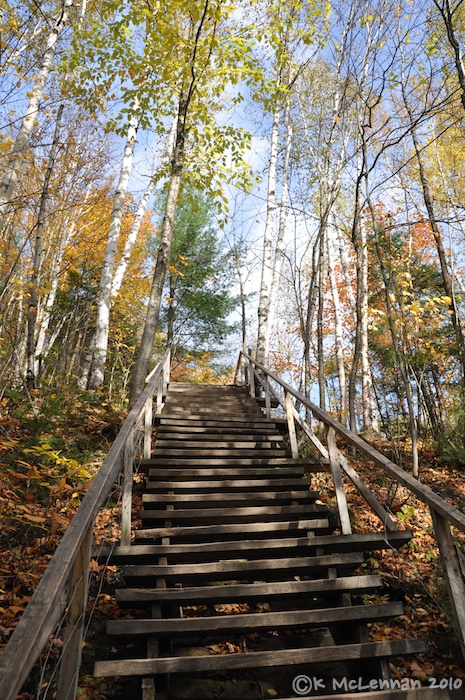 Another attraction for the more daring visitors – a rappel across the highest point of the canyon. 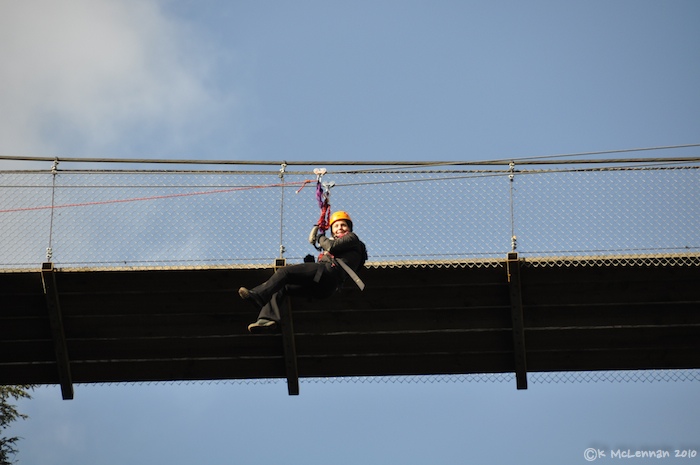 Our friends – and fellow photographer – at the bottom of the canyon.

From Wikipedia, the free encyclopedia 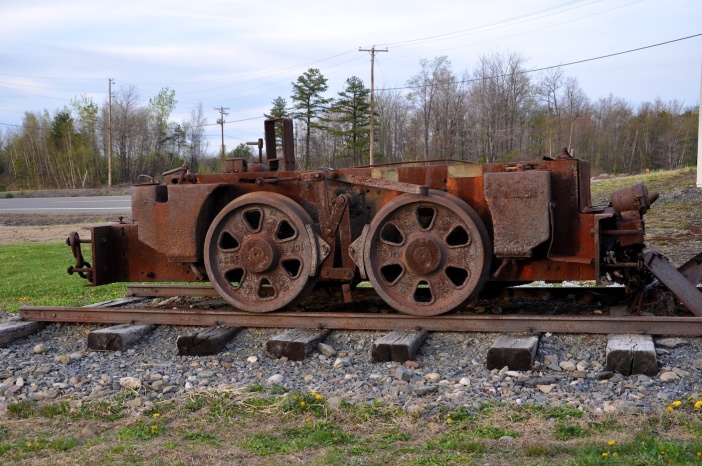 We drove up to Eckley Miners’ Village on the spur of the moment on the first day of our trip from Montreal, Quebec to Charleston, SC.  Our trip took us along Interstate 81-S through Syracuse, New York and into eastern Pennsylvania.

Having heard a lot about coal mining but never been in a coal mining region we thought it would be interesting to check out Eckley.  Unfortunately April in the early evening is not a popular time for tourists to drive far off the main highway to check out a living coal museum – so everything was closed and the place looked deserted. On the positive side it meant we had the place to ourselves and could take photographs without worrying about people getting in the way.  Since 1970, Eckley has been owned and operated as a museum by the Pennsylvania Historical and Museum Commission.

I have since learned that Eckley is considered a ‘coal patch town’  – which I’ve learned (lots of learning when doing a blog like this) is what unincorporated company controlled upscale mining camps were called. No elected officials these were true ‘company’ towns.

The coal found in Pennsylvania is known as anthracite and is the most pure and efficient burning type of coal (other types include lignite and bituminous coal).

I learned that mining for anthracite started in 1790 in Pennsylvania around Pottsville. The story goes that a hunter, Necho Allen, woke up from his campfire to find a large blaze burning away at an outcropping containing anthracite coal. 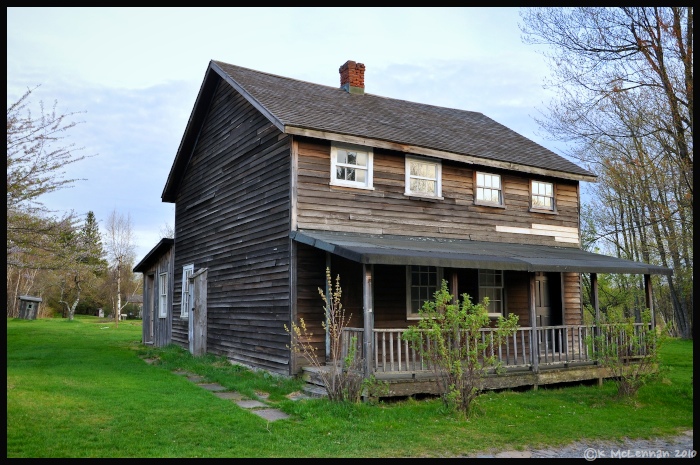 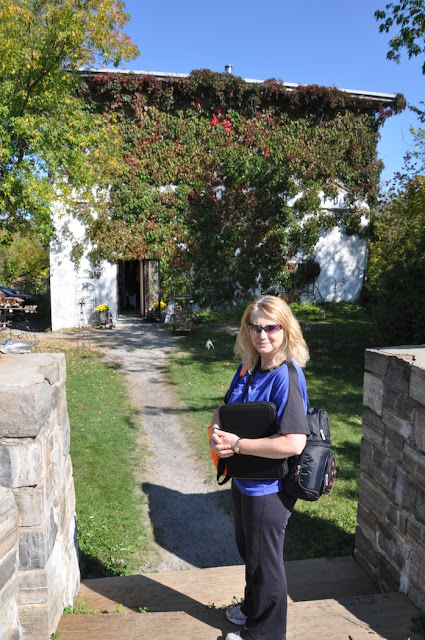 This is where Kari and I where first introduced to the Canadian historic site known as the Rideau Canal and Waterway.  Merrickville is one of many Ontario communities that grew up around a fast moving waters that could be harnessed by early pioneers as a source of power for sawmills, grist mills and other industrial complexes of the time.  Today it is a great spot for tourists to visit either by car or by boat or by hiking and biking along the trail between Kingston and Ottawa.

The mill pond above the falls is a perfect place for boats to dock while they wait for a turn through the lock.  Lots of time for shopping, eating or just relaxing.

The lock – like the others is manually operated just like it was when first opened.  The top of each lock gate is a walkway to allow people to walk from one side of the canal to the other – just like Kari is doing here.

Since 1938 Valleyfield has hosted international hydroplane races under the name, Les Regates de Valleyfield.  And for the years 2010 and 2011 we were fortunate to be invited to watch the race from a private riverside garden hosted by a friend of ours and his family.

One of our favourite classes is the Grand Prix (GP) which is a class that run supercharged big-block motors.  The are between 23′ and 26′ long, the motors produce up to 1500 hp and they can get up top 170 mph on a straight stretch.

Our favourite boat in that class is GP59 or Baby Doll, piloted by Mario Maraldo. 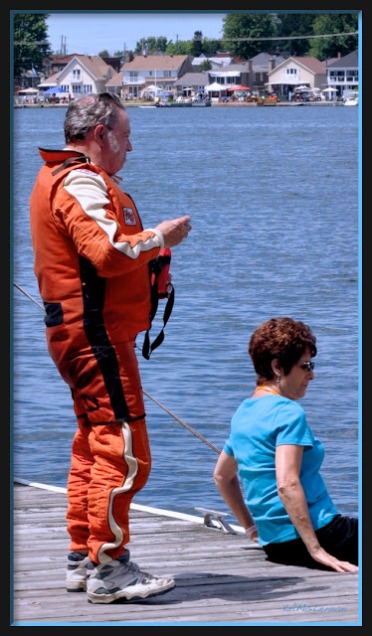 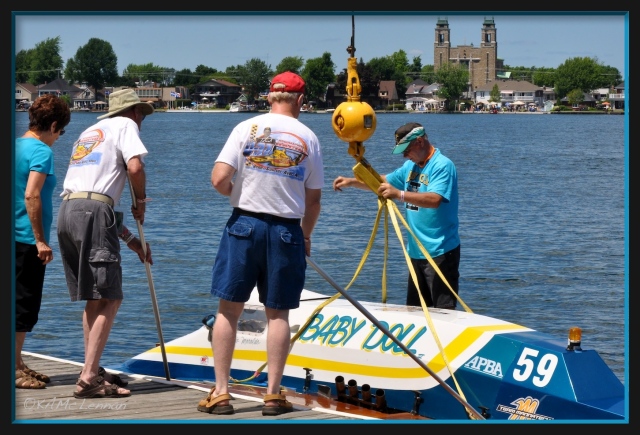 Colours and designs emphasis the action of the sport.  Boats have great paint jobs and the teams always look great.  Even when they’re standing in the pits waiting for their boat to come in. 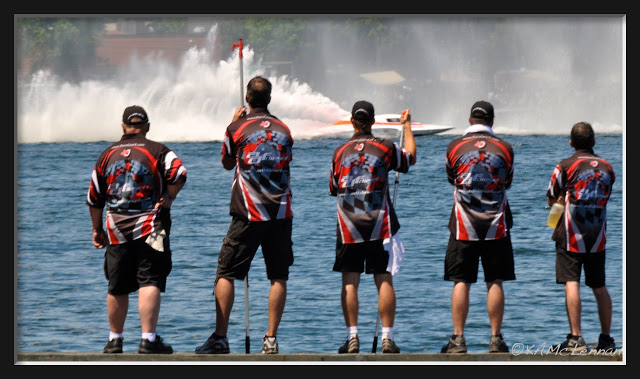 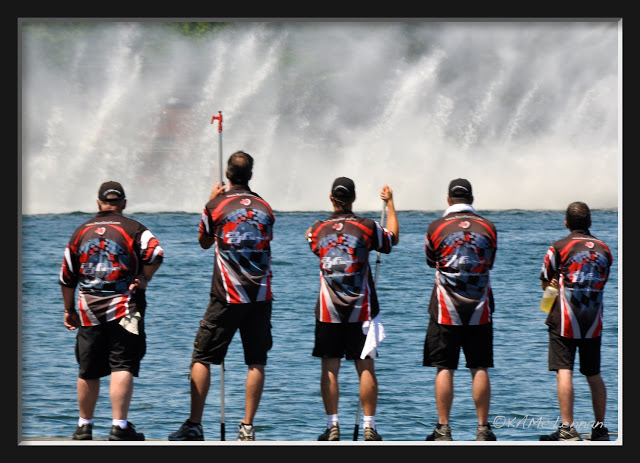 These three shots really tell the story of dedicated fans.  The real hydroplane racing fanatics get as close to the waters edge as possible.  Our host is in the green shirt on the right. He is able to tell which boat is coming at him – what position it’s in for the heat – it’s chances of winning – and all it’s history.

This is what Hydroplane Racing is all about.  Speed, skipping, floating and sometimes flipping across the water.  No race is complete without a lot of spray in every corner.

“A hydroplane is, quite simply put, an airplane with its wings removed. As the craft skims along, air enters the tunnel – the empty space between the two pontoons – and lifts up the boat so that the only components touching the water are (or nearly so…) the propeller and pontoons.”   Event Profile

Not all the boats that race in Valleyfield are Hydroplanes.

These boats are more affordable for the average boat racing enthusiast offering a lot of fun.  They also provide a lot of entertainment for the audience since they can be very unpredictable.

This is one of the “Runabout” classes these boats used big block engines that run on gas – very competitive and get over 100 mph.

And when you come out for a day of racing – don’t forget to dress your part! 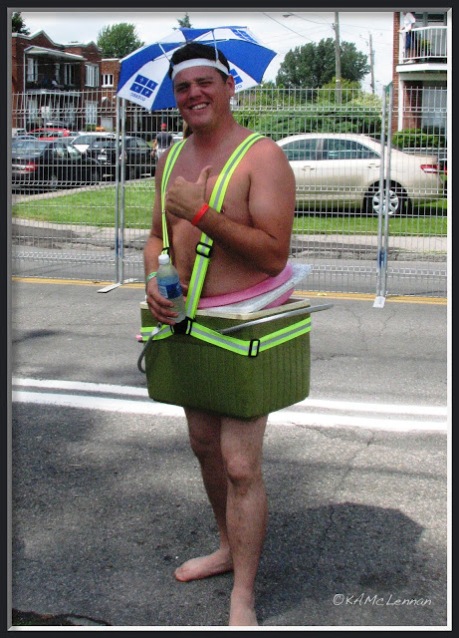 More Information About The Regatta

ONE MAN WONDERING
Blog at WordPress.com.